What are Binary Newsgroups?

The alt.binaries subhierarchy was created specifically for the worldwide distribution of binary files. In alt.binaries you will find mainly files that are not pure ASCII text, i.e. images, videos, music, software, PDF and all other binary files.

alt.binaries exist completely only on the news servers of commercial premium Usenet providers because of the upload and download traffic caused by this subhierarchy.

Binary newsgroups are certainly the most popular part of Usenet. As in the rest of Usenet, all postings available in alt.binaries have been uploaded to Usenet by Usenet users somewhere in the world via one of the many news servers that make up Usenet, and are available for download within the retention of your Usenet provider.

to name just a few important ones. Also within the german de. hierarchy there are binary newsgroups: de.alt.binaries. The individual subhierarchies subdivide into further subhierarchies. This makes orientation within the more than 5000 binary newsgroups much easier. The newsgroup alt.binaries.multimedia.anime.repost belongs to the hierarchy alt, there to the subhierarchy binaries, within the binaries to multimedia, there again to anime. Thus, the ordering structure of the Usenet arranges the individual newsgroups into clear groups with similar topics.

How do I find binaries? 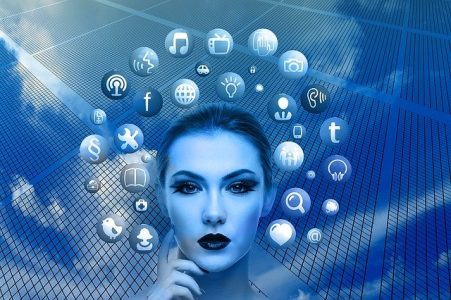 There are 2 different ways to find binaries on Usenet. Either via a great Usenet search engine or with your own newsreader after downloading the headers. Both methods have advantages and disadvantages, but complement each other very well.

Usenet search engines search the subject lines of the searched newsgroups for the entered search term. The subject lines are searched in the exact spelling that you entered as the search term. Unlike Google, it does not search for other spellings, e.g. ss instead of ß, ue instead of ü, and so on. So, if there are German special characters in the title, you have to try different spellings.

If dots, hyphens or underscores are used in the subject line to separate the words, the Usenet search engines will ignore this, you do not need to pay attention to these subtleties of a subject line. What can happen, however, is that there are two different spellings for compound terms, either two words or spelled together. Then you have to try both.

If you do not find what you are looking for with the German title, you should alternatively search with the International (English) title. The German versions are usually marked with the addition German.

Alternative to the search in the subject line

Some Usenet search engines offer a search within the text descriptions attached to many postings as .nfo files, at least for the most popular 500 or so newsgroups. If you do not find what you are looking for in the subject line, you should try this.

NFO files usually contain much more information than the subject lines. For example, you can alternatively search the NFO files for the name of an actor. There is no Usenet search engine that would search even all newsgroups in the binary hierarchy of Usenet, only a selection of newsgroups is ever searched. With the popular Usenet search engine binsearch, you can choose whether the approx. 500 most popular newsgroups are searched or instead the remaining, well over 3000 newsgroups covered.

With this Usenet search engine, you can alternatively display the contents of the newsgroups. The search results are generally sorted by the age of the posting. The youngest first, the oldest last. More details in Usenet search engines, there is also a tutorial for Binsearch.

If you know the title and the title can be found either in the subject line or in an attached NFO file, searching with a Usenet search engine is very fast and effective. However, there are many files on Usenet that you would not find this way.

The alternative to the Usenet search engine, the classic Usenet

Therefore, a good supplement to a Usenet search engine is either the manual search of the newsgroups, in which one can display the content of the newsgroup from a Usenet search engine, or with a suitable newsreader, the selection of newsgroups on one’s own favorite topics and the orientation directly in the newsgroup. The latter is at least with smaller newsgroups the more comfortable variant, because one can request downloads directly with the newsreader and does not have to go the detour over a NZB file.

For example, with large image series, it is sufficient to download 2-3 images to know whether you want the entire series or not. Also the marking of complete series, in order to promote them into the Download Queue, is much more comfortably and faster settled with a Newsreader, than with a Usenet search machine.

Above all, favorite newsgroups display all postings, which can be additionally filtered in a good newsreader, be it by terms in the subject line (also file types, for example .jpg), by age, size or the synonym of the uploader. However, this is only useful in smaller newsgroups, newsgroups with several million postings are better searched with a Usenet search engine. 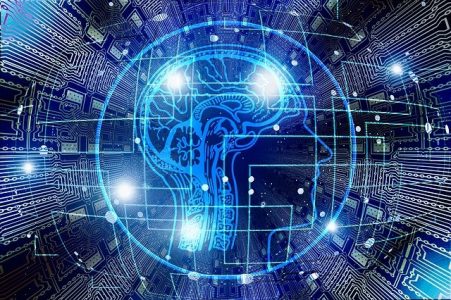 After downloading the newsgroups available on the news server, you can get a first overview. All newsreaders that support header download also bring a search function. So it should be easy to find what you are most interested in among the huge offer of the Usenet. Don’t limit your selection to alt.binaries if you are also interested in news on your favorite topics.

An overview of the newsgroups of the non-scientific alternative hierarchy also helps to pre-select newsgroups. This overview does not claim to be complete. Nobody has an overview of the content of even alt.binaries. Sometimes a little imagination or even a Usenet search engine helps to discover interesting newsgroups on your topics.

After downloading the headers of a newsgroup, pull down one or the other to get a first overview of this newsgroup. There is also a lot of spam in Usenet, just like on any other platform. Don’t let this put you off.

Of course, there is no real anonymity on the Internet. You log in to your provider with your access data and are thus clearly identified. And that is not the point. Downloads from Usenet are not logged on the news server. What you download is known to you and no one else.

Uploads, however, are not anonymous on most news servers. Almost all news servers have a so-called abuse server upstream of the upload, which writes either your user ID or your IP in encrypted form into the X-trace of the header.

Before you make your first posting of your own to a newsgroup, be sure to read the FAQ for that newsgroup (if it has one) and make a test posting first. There are quite a few test newsgroups that are for trial purposes only. If you provide a real e-mail address, you will also receive replies from automatic referrers. Since you usually attract spam by giving a real email address, it is best to use a disposable email address created just for this purpose.

Requests in the Usenet

Since Usenet is a worldwide community, you don’t have to despair if you don’t find what you’re looking for. Post a request in a newsgroup that fits your topic. Your request will be read by users all over the world. The chances that someone will upload what you are looking for are very good.

Avoid posting requests to multiple newsgroups at the same time, even if you are impatient. The people who might be able to help you are also reading in several newsgroups and will get quite angry if you burden several teams with your request at once. It is also clear from the header of your request to which other newsgroups you have uploaded your request.

Already from the subject of your request it should be clear that it is a request. Even in German-language groups, the international customs of Usenet apply. A request always starts with REQ:. After that comes the actual subject, e.g. “REQ: Winamp 3”.

Do the same if a post could not be loaded completely. Post a request for the missing parts. That you don’t post your own, but a fantasy email address for such requests should go without saying, unless you specifically expect an email response. But even then you should not use your regular e-mail address, but a specially created one. There is also disposable mail (trash mail). Google helps there.